Rescue Network Nepal has been providing first aid training throughout Nepal and now has 4217 trained active volunteers around the country. We realized the strength of this network of trained volunteers during the massive earthquake in 2015. According to our principle ‘through the church to the community’ RNN has also been providing reliefs to the needy people during conditions when people become homeless and jobless due to various reasons like natural disasters such as flood, landslides and earthquake and also in the conditions like COVID and RTA (Road Traffic Accidents).

We are unknown and cannot predict the natural disasters. Once we were in Kusum Danda Village for training which has the main inhabitants of Tharu people. It is situated in the edge of Bardiya National Park near the bank of Babai River. According to local people the nature of Babai is that it changes its natural course during rainy season and flood enters the through jungle to village every year making life difficult. We also saw a few tents of different color there, and asked where they got them from.  They told us that some get help and some don’t. Only few supports were available enough for few people and others were left to be homeless and foodless. This made us realize that we have to be prepared although we don’t know when these natural disasters can occur. At that time, we promised to provide them with tarpaulins if in case there is flood again. We prepared ourselves with 500 tarpaulins. In the meantime, there was a massive earthquake and those tarpaulins were used in the Southern Lalitpur.

During the earthquake, we were out of the Kathmandu valley and heading towards Parsa district for training. It was drizzling and the driver told us that our vehicle was going out of control and our speculation was that may be the tyre got punctured or road became slippery because of rain. At that time we saw some people were running towards the jungle, some were running out of the jungle. We realized it was an earthquake. People were all running here and there in panic. Those places being a plain Terai, people do not usually get scared of small earthquakes, as their houses and huts are small and there is no fear of collapsing. When we saw them so scared, we realized it was not small but a massive earthquake. All the lamp posts and towers were swinging. We went to nearby traffic police station in Pathlaiya and they exclaimed about situation in Kathmandu asking us to go and get information from nearby Army Barack. Then we went to Army Barack in Parsa Wildlife Sanctuary, where the sentry post had also collapsed; from there we only got information that Kathmandu is all dust and ruins and even the communication signal have broken. On the way we saw many demolished houses in Hetauda. We went back to Kathmandu unknown about the situation of our family and homes. By God’s grace everyone was safe. The same night we moved out for the relief operation. When we went to Southern Lalitpur, we saw nothing was left, people were out in cold, it was drizzling and nothing was standing, not even cattle. We asked them what they needed, they asked for tent (tarpaulin).

Before earthquake we could get a tarpaulin of 12×18 ft. size at the rate of Rs. 500 to Rs. 750 but during that time, it increased to Rs. 2,000 to Rs. 3,000 for same size. Tarpaulins got out of stock in markets and we searched for them, asked every friend in Nepal India border, but only one of the pastors in Bardiya helped us to bring them from Lucknow, India at the rate of plastic; we got them in kgs. We are thankful for those who helped us at that time. 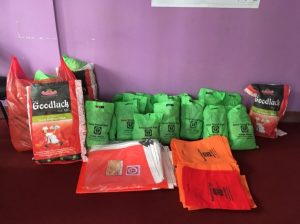 We usually keep ourselves prepared for the immediate relief in case of emergency, like tarpaulins and clothes in stock. Relief packages are made according to need and situation. In 2019 when there was a tornado in Bara and Parsa districts, people asked that the most important thing for them at that time was torchlight. We included torchlights because there was no electricity and other sources of light. Rescue Network Nepal’s one of the teams were in the Western Nepal for the first aid training and the other team in the Kathmandu helped in providing relief to the people in Bara and Parsa with coordination of pastors and trained RNN volunteers from Hetauda and Birgunj. Firstly, we thought it was only the storm because March-April months are the season for rain, wind and thunderstorm along with hailstones. But when we heard about the devastating tornado hit those districts, we immediately took our steps forward for the relief. 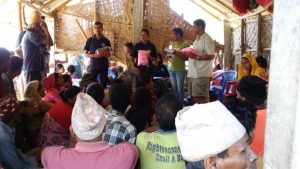 Mostly our relief packages include tarpaulins, foods, water, paracetamol (tablets for pain and fever), oral rehydration solution, clothes, soaps, etc. Foods include Sarbottam Pitho (Super Flour), beaten rice, peanuts, dalmoth (salty mixtures of pulses and lentils), instant noodles, and biscuits. We provide the food that has enough nutritious value, and can be served instantly as well as doesn’t spoil immediately because the people may not have sources for cooking. Sarbottam Pitho (Super Flour) is very nutritious food made with one part corn, one part wheat, and two parts soybeans. These are all roasted and then grinded, and can be served mixing with warm water, which is best for children and elderly people. Beaten rice mixed with peanuts, dalmoth and noodles can be nutritious and provides energy for longer period of time. In some cases, we also include salt, dal, rice, cooking oil, etc. Clothes that are collected from various sources are brought to Rescue Network Nepal; we check them all, separate the good ones and divide them according to size and separate clothes of male and female.

We also distribute mosquito nets in parts of Terai region as people there, mostly during summer and rainy seasons; suffer from Malaria, Japanese Encephalitis, Dengue and other tropical diseases. We had once distributed mosquito nets because people were in need; later realized that they not only use them to protect themselves from those diseases, but also for fishing. Firstly, we thought it was misuse of the resources that we provided them with, but later found this was interesting thing as they used mosquito nets for multiple purposes. Once when we were in Bardiya distributing the relief packages, the local leaders came and started quarreling among themselves. They had enlisted names of the needy but tried to take away the packages for their relatives. We also get to encounter such situations.

In these kinds of disasters like earthquake, catastrophic rainfall causing flood and landslides, tornado, RTAs, etc., Rescue Network Nepal could help people in various areas with the support of kindhearted and generous people. The needy people could at least sustain their life until they could balance their life again in such disastrous situations. With such reliefs we could share the love of our Lord just as our principle.

Rescue Network Nepal in Kanchanpur
A short video of our activities in Kanchanpur.
Upcoming Events
These are the recent events 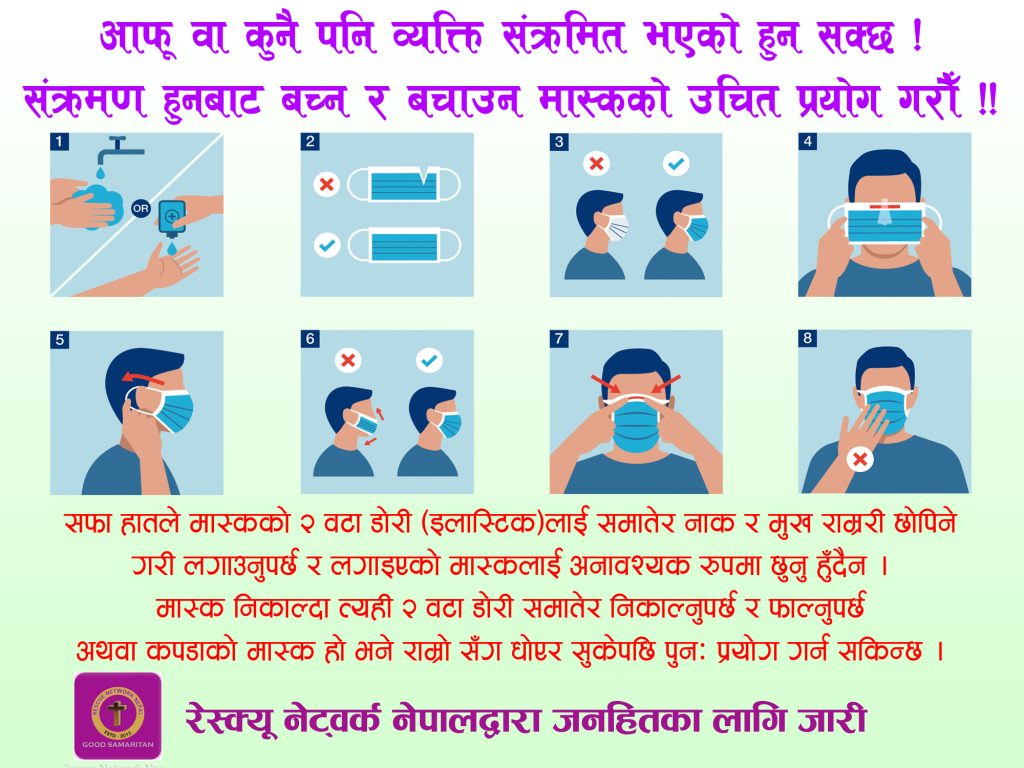