Rescue Network Nepal travelled to North-east part of Makwanpur district to Sakhatar and Jhurjhure for providing first aid trainings from 26th March to 30th March, 2018, which was quite miserable yet adventurous. Firstly, we travelled the road ‘Kanti Rajpath’ which was finally made after 60 years. It was the shortest way to getting Faparbari, Makwanpur; yet it was rough and difficult travel. Randomly, only the tractors travelled through the road. We had to cross the Bagmati River to reach Faparbari. There was the suspension bridge and only some motorcycle crossed through that way. After we reached Faparbari, the fields, random pastures and rivers were the only ways to get to those places as there were no any roads. By God’s grace, we have a nice four wheeled vehicle, without which the travel would be impossible. We came to know that God provides the heart to serve with the hands to serve. We would never have reached those places without a proper vehicle. We had to cross the river so many times to reach to those places, where once the tyres of the vehicle were stuck in the sand and we had to call many people to help. It was distress to see that the same Makwanpur district is so much developed while the same district is so much backward in development. Even though this district is neighboring with the capital district of Nepal, the southern Lalitpur and the North-east of Makwanpur has seen no development and we saw them as remote and back warded as the far-west part of Nepal.

Though the places were beautiful, they didn’t have any food or crops in their fields. The land was left barren and they have no any cultivation for food. Their lifestyles were so gloomy that they do not even know how to make a proper food; and then it is out of their imagination to get any nutritious food. The only food they have is the corn and they feed on the corn day and night. There is no rice and during training when we provided them rice, they had it plenty. There was no water facility too; they had to travel to the river to collect the water for drinking and they drink it without any purification. Even to talk about electricity, only few of the houses had solar lights but there was no electricity. It was quite difficult for us to stay without electricity in this modern time, even for few days as our electric gadgets were going out of battery.

Well, these people needed the first aid training the most as they had no any health facilities. We also came to know that there would be no chance for them to travel once it starts to rain; they carry the patients in the tube of the vehicle through the rivers if they get sick. This pathetic condition enhances the need of the first aid training that we provide. One person who was in the training had the wound in his leg and it was kept open. In the training, we taught them how to do dressing to the wounds and one of our trainers dressed the wound in his leg. After the training, he could dress the wound himself.There was one government school, but the children spend their time grazing cattle or playing outside. There was scattered population where the density was very low. Most of them were of the castes like Pahari and Rai. They do fishing to earn their living. 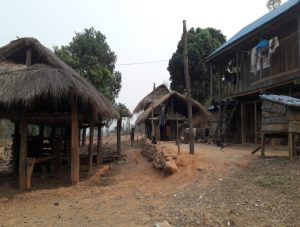 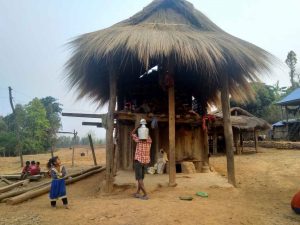 While returning, we had to choose the way back; if we travelled from the inner road of Jhurjhure to Hetauda through Faparbari it would take around 6 hrs to travel 80 km. And the other one is through east-west highway from Sarlahi District, which only took around 4 hrs for travelling 130 km. Both of these roads cannot be travelled once it starts to rain. As we had not travelled the other way, we chose to get through east-west highway to return back.  This was again the most adventurous travel as we had to cross the rivers from the gorges to get to the highway.

test
hello test
Upcoming Events
These are the recent events